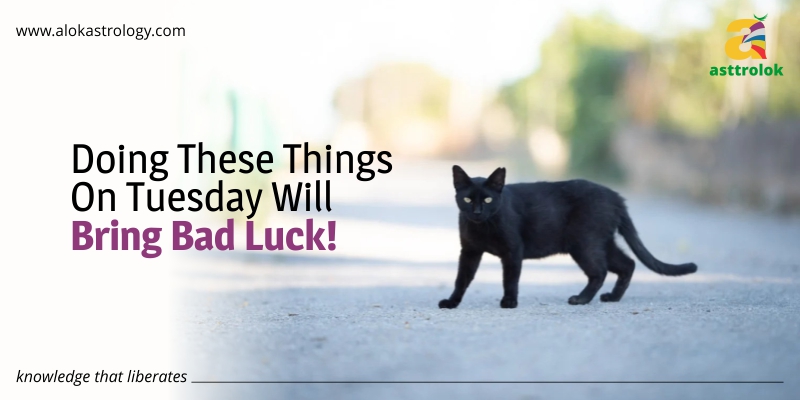 Each day of the week is devoted to one God and one planet in Hinduism. Tuesday is Bajrangbali’s day, as well as a day dedicated to the planet Mars, or Mangal, according to astrology. It is considered auspicious to worship God on his birthday. In the same way, doing something that God dislikes is unlucky.

Know the accurate prediction about astrology, birth chart, your marriage, and your career by the world-renowned astrologer Mr. Alok Khandelwal.

The planet Mars is the driving force behind one’s strength, valor, and daring when it comes to Mars. Mars has a unique effect on one’s blood due to its red color. According to our astrologers, worshipping Mars on Tuesdays can aid in the removal of Mangal or Manglik dosha.

In astrology, a person’s horoscope could have a low, medium, or high Mangal dosh. While having a low or medium Manglik dosh is usually not a cause for concern, having a very high Manglik dosh can have negative consequences. In some cases, Manglik dosh is said to cause a delay in marriage. As a result, wherever feasible, you should use the remedies to appease the planet Mars.

Read Also:- Why Ketu Is Considered Important In Astrology?

Activities that should be avoided on a Tuesday:

The planet Mars, or Mangal, rules Mangalvar, or Tuesday. Mars is also known as Angarak because it is connected with heat. This day, more than any other can affect the body and various components such as blood, as well as induce wrath. As a result, risky activities such as shaving are discouraged.

Making Urad dal at home is another thing you should avoid doing on Tuesday. According to our astrologers. Mars and Mercury are considered opposing planets in astrology. So you need to make sure they don’t mix, and one way to achieve that is by not preparing Urad on Tuesday.

According to astrology, Saturn rules materials such as nails, hair, dirt, and so on. Arms, razors, nail clippers, scissors, and other tools are all ruled by Mars. A collision between these two can be harmful to one’s health, particularly on a day when Mars or Saturn is bursting at the seams with activity. As a result, trimming nails or hair on Tuesdays and Saturdays should be avoided.

Hanuman Ji is also referred to as Bhoomiputra in Hinduism. So, if you dig land or Bhoomi on his auspicious day, you may irritate God. That’s why you should not start laying your home’s foundation on Tuesday. According to astrologers, the most favorable days for holding the Bhoomi Puja are Monday and Thursday.

On Mangalvar or Tuesday, do not buy iron or iron-based items such as nail clippers, scissors, or other such items. Purchasing iron items on Tuesday, as previously said, can inflict physical damage to the native.

According to astrologers, a Havan should not be carried on Tuesday in many cases. On Tuesdays, you should not buy Havan samagri. Also, if you’re doing the Havan, make sure it’s finished before midday.

Lord Mangal can bestow an abundance of good fortune, bravery, and courage on the native. And it is for this reason that individuals choose to satisfy Mars. Some people attempt to appease Mangal to mitigate the effects of Mangal dosh. If you’re looking for ways to appease Lord Mars on Tuesday, then you must avoid doing the above-mentioned things.

Read Also:-What Happens When Rahu Is In Different Houses?

Doing These Things On Tuesday Will Bring Bad Luck!